Why Is It So Hard To Buy A New Car? 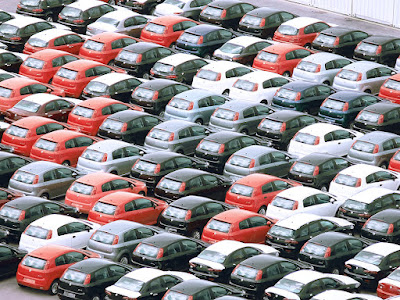 We have been without a second car for almost two years. At the time we donated the older car to a charity, Betty was a bit worried about the loss of freedom another car provides and about scheduling conflicts. Early on there were a few times when each wanted to be somewhere at a time that caused a problem for the other. Careful schedule coordination was required.

Within the past five months, I have accepted some additional volunteer commitments that mean driving somewhere. At the same time, our doctor appointments have shown an increase. One car has become an obstacle that is increasingly difficult to overcome.

Another factor is the poor gas mileage of our 2011 small SUV. Overall, even after 100,000 miles, it is performing well. This particular car was chosen for its ability to be towed behind an RV that we no longer own. So, its size is more than we require, and its appetite for gas and the pollution it produces grates on us.

We came to the logical conclusion: keep the SUV for occasional trips or chores that require extra room. Get a plug-in hybrid for everyday trips and 90% of our driving needs.

Unfortunately, right now vehicles are about as scarce as a TV without a remote. Forget about finding a new car that matches our criteria and comes in a color we could accept. Used cars? Just as bad. Plus, prices have inflated beyond reason.

Computer chips, metal, and plastic, fabric for upholstery…all the parts that go into an automobile are either stuck on a container ship somewhere or waiting to be made in a factory in southeast Asia. Repair parts for the vehicle we do own? Availability is hit or miss. Just pray something that is unique to a 2011 Honda CRV isn’t needed anytime soon.

This puts us in a position we have never considered before: leasing a car that isn’t one we would want to buy, but having it as a second vehicle until what we would like to buy becomes available.

With a lease, I have to pay a few thousand dollars in cash upfront and make regular payments for the use of the car, normally for 3 years. At the end of that time, I turn the car in, pay for any excess mileage or wear and tear, and walk away with nothing to show for the money I have spent over that period. In essence, I am renting the car. But, I am not paying for depreciation.

The key question we have is important: can a lease be terminated early if we want to buy a car? Will the dealer agree to such an arrangement?  As another option, can we lease a vehicle for one year, or two instead of three? Twelve months from today I have to believe new hybrid cars will be more readily available.

Yet another option is to find a car, either new or used, that is acceptable and buy it. It may not be the brand, model, or color we would prefer, but it is just transportation. Neither of us bases any of our identity on the car parked in the garage. As long as the mileage is much better than the SUV we would feel less a part of the pollution problem.

With our FICO score, I am sure we could find something that had zero, or very close to zero, interest. A decent down payment would mean monthly payments within budget, though a bit more than a lease. And, we wouldn’t need to worry about an occasional spill, dog pawprint, or a scratch or two.

Then, in another year or so, when the hybrid plug-in we want becomes available, we could dump the SUV and have the car we originally wanted. Maybe, at that point, one car would be enough again, so the other newer vehicle could be part of the trade-in.

Not as easy as it should be, right?  Keep driving the SUV, hope it doesn’t break down, and wait for the plug-in we want, or, lease a car for a few years, or, get a car that is OK for now, then buy the hybrid when they become available in sufficient choices.

Frankly, I could choose any of the three options and be alright with the decision. But, I know you, dear reader, will offer sage advice and point out something I may have overlooked. So, comments, please.

I promise to let you know what is the ultimate outcome of this unexpected complication in what is normally a simple calculation. 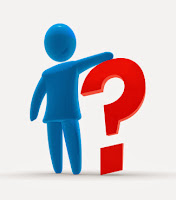