What is Loss Aversion? How Does It Affect Us? 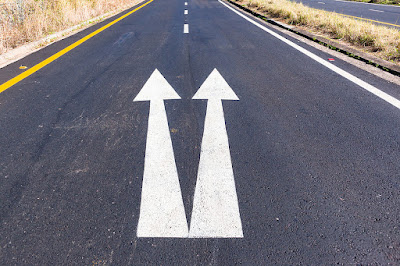 Human beings are not always logical or predictable. We have a complex mix of thoughts and behaviors that means sometimes we make choices that baffle others.

There is one trait we all share: Loss Aversion. This is the tendency for people to strongly prefer avoiding losses, even over gains. In fact, this force is thought to be twice as powerful as acquiring profits.

In simple terms, we hate losing what we’ve got, even more so than gaining something. If there is a risk of a loss or the possibility of a payoff, we are much more likely to do what we can to prevent a loss. One who loses $100 will feel worse than the satisfaction that same person feels from a $100 windfall. Loses and gains aren’t equal.

“A bird in the hand is worth two in the bush” is a cliche that applies. What we have we don’t want to lose. This is why someone suffers a large loss on a particular investment in the stock market yet still has a very tough time selling the loser and moving forward. Even as the losses mount we tell ourselves it might turn around. If we bail out now, the loss is permanent and our mistake is there for all to see.

For a satisfying retirement that can be problematic. By avoiding risk and allowing our loss aversion tendency to dominate we are likely to miss opportunities for new experiences and growth. Actually, the post from last month about investing after retirement deals with loss aversion.  We are so afraid of a change in the status quo we will remain fixed in place even if our rational mind tells us there is something better available, or we need to combat the negative effects of inflation.

I think the first time I became aware that loss aversion is a real thing was six years ago when we were complicating a move. We decided to move from our thirty-year stay in Scottsdale to an area right around the corner from our daughters and grandkids. The housing market was strong enough we would make a nice profit on our current home, in fact enough to buy the next one for cash. This choice would seem like a simple one, right?

Well, loss aversion raised its head a few times during this process. I liked our home, its location, and its warmth and comfort. I liked our church and being near some good friends. I liked our backyard a lot. We are close to a large park that has it all. At times I heard that insistent voice saying to me, “Stay put. Don’t move to something unknown. You are comfortable here.”

That is the voice of loss aversion telling me to not risk a loss even if I may gain much more in the future. It was a siren call hard to ignore. But, ignore it we did. Betty and I chose to take that step. With my dad dying just two months before that move was scheduled, we were reminded that our time on earth is not guaranteed past this one moment. By avoiding the risk of loss we might be bypassing a world of possibilities and gains.

Bottom line: that decision was one of the best of our married lives. We love our (now) almost seven-year-old home. We are literally five minutes from the grandkids and my son-in-law’s parents. Our other daughter is a 15-minute drive. This area of the Phoenix metro is booming. The streets are wide and the sky endless.

Loss Aversion is a powerful motivator. Try with all your might to not let it be a deciding factor in your future.