Take Out The Trash That Clutters Our Lives

We can almost taste the end of 2020. It is just a few weeks ahead. I know that all our problems won’t magically end on January 1st, but it will still feel good to start a new year with its promise of solutions.

So, this seems like the perfect time to talk about taking out the (metaphorical) trash. As I review the “trash” that needs to be put by the curb, I am reminded how much is still part of my life and how much work I still have to do. 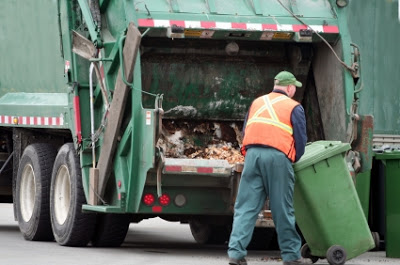 One chore we are all familiar with is taking out the trash. While it may not be fun, it is necessary. Our junk stuff will not walk itself to the curb for pickup. Holding on to it serves no purpose but to clutter up our lives.

I suggest the same requirement exists in our personal lives. A satisfying retirement will require getting rid of things regularly that no longer serve a purpose or just clutter up your life. A life accumulates various types of  “trash” that are best dumped.

Self-imposed Limits. I’m hard-pressed to think of anything more destructive to our personal development and growth than the limits we put on ourselves (see previous post about breaking out of our creative comfort zone). We think we aren’t very creative, so we never explore that part of us. We have been told by someone in the past we aren’t very smart or strong or productive or capable or…..(fill in your externally imposed limits). We have internalized that judgment of part of us by accepting someone else’s view of our abilities as true. So, we no longer try.

Habits that no longer serve a purpose. We all have them. They could be habits we know aren’t good for us but are tough to dump. They could be habits that affect our interaction with others. The list is long, and the causes are complicated. I tried to quit smoking at least five times before it actually stuck back in the late ’80s.

In this case, though, I’m referring to habits or patterns of behavior that once served us well but no longer do. Previous posts have talked about how I fell into a routine of reading two newspapers every morning until I realized I was wasting my most productive time of the day on something that could be done later (or eventually dropped completely). Maybe we have always answered every e-mail the second it hits our inbox until we realize that is amazingly unproductive.

Pre-Covid going out to eat a few nights a week was an easy habit to develop. Cooking after a full day of work is not something everyone looks forward to. But, now that you are retired, the pattern of eating dinners at a restaurant no longer serves the same purpose. Also, it is probably putting a major dent in your retirement budget. Have you noticed a major saving during the last year since going out has been such a no-no?

I used to buy lots of books from Amazon until I ran out of bookshelf space. Now, the library, with the purchase of an occasional book I really want to read, is a much better match for my lifestyle.

We are resistant to change and comfortable with our routines. In fact, for many of us, our routines comfort us to the point where even the simplest change takes effort. But, are the routines and habits still serving a purpose? Do some of them need to be taken to the curb?

Grudges and Past Hurts. Here is a tough one. Doesn’t it feel good to dislike someone who did you wrong all those years ago? It is easy to work up a towering inferno or rage and anger…until you stop to remember what caused the problem in the first place, and can’t. Or, you review where the grudge came from, and now, years later, it seems so petty and silly.

An example of grudges and past hurts that continue to harm us is the divisions and ill will caused by politics. Speaking for myself, I know how hard it is to leave all that stuff by the curb and move forward. This election has been a prime example, simply because the drama never seems to end.

Holding on to an insult or unkind action is never very helpful. It may feel good for a moment to zing someone back but rarely does it solve the problem. Even worse is to allow a past hurt to fester for years, preventing you from moving on.

Taking out the trash every week helps keep your house free of clutter and unpleasant smells. Getting rid of the trash in your life is more complicated but every bit as important.