Satisfying Retirement In A Changing World: The Limits of Self-Sufficiency 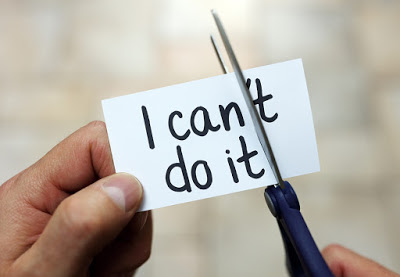 Americans hold tightly to the belief we are self-sufficient. With enough “grit” we can accomplish almost anything. “Pulling oneself up by the bootstraps” has an almost religious sound to it. Work hard and our future is assured. There is nothing we can’t accomplish, both as a country and as individuals.

If nothing else, the past 12  months of Covid should make us wonder if that is still true (if it ever was!). Our need for others has come into sharp focus. Our ability to earn a living is pretty tightly wrapped up in what’s going on in the rest of the world. The ability to protect ourselves from some of the ravages of illness or poor health habits is not as much under our control as we once thought.

The belief in our self-sufficiency has been built on tales of rugged pioneers, explorers, and cattlemen (women’s contributions were basically ignored), opening up the west and overcoming hostile conditions.  A native population who resisted being ejected from their own lands had to be displaced, moved, or eliminated. Manifest Destiny was granted by a supportive god.

Technology advances, lax environmental regulations, and the safety offered by thousands of miles of ocean between us and possible invaders allowed America to achieve more than many others.  It is no wonder we have developed this self-sufficient attitude, a belief we are capable of anything and everything.

Certainly, for the past year, America has been forced to face an uncomfortable truth: the concept of self-sufficiency no longer works as well in today’s world. A pandemic doesn’t read the history books, hear the stories, respect national borders, or even 3,000 miles of ocean.

We have learned of the importance of so many people and activities we had taken for granted for far too long. The catchphrase, “essential workers,”  now includes many who were once regarded as invisible. The people who stock the shelves at the store, drive the delivery trucks, check us out at the register have been vitally important since last March. They have literally risked their lives to keep us fed and clothed, have gas for the car, and keep medicines on the shelves.

The food that we pick up or have delivered doesn’t magically get prepared or drop onto our doorstep from the sky. Very human people are doing their jobs. Sure, these people need the income; they are not performing these tasks out of love. But, that doesn’t make what they do any less important.

It almost goes without saying, but it shouldn’t: medical workers, nurses, doctors, custodians, lab techs, and aides in nursing homes have been the difference between life and death for hundreds of thousands of us. Police, firefighters, ambulance drivers, and paramedics are literally on the front line performing their jobs even when doing so puts them and their families in real danger.

The folks who have moved heaven and earth to develop effective vaccines in record time are absolutely heroes. The people who have churned out hundreds of millions of masks, ventilators, and other pandemic-oriented items have saved countless lives. I don’t want to forget the tens of thousands of brave individuals who took part in all the testing to develop these vaccines. They were putting their lives on the line when they allowed someone to jab them with something not yet tested on humans.

in addition to being the provider of comfort and security, moms and dads have taken over the role of teacher, day-care worker, phys ed instructor, and recess monitor. The professional educators are often pulling double duty: some in-class work, and lots of virtual teaching. Once their workday is over they must do all the things stay-at-home parents must do.

Ask virtually anyone who has had their world upended by Covid, and that person is nearly desperate for human contact. We are social animals; we will never again take the simple act of being around other people for granted.

With this as background, let me suggest that the idea of self-sufficiency needs to be rethought. It is very important that each of us takes charge of as much of our life as possible. We want to stand on our own two feet (metaphorically for many). We deserve the ability to succeed, or fail, on our own terms. We don’t want to turn to others for everything.

Even so, that idea must be blended with the absolute fact we are not alone, nor can we function without others. Even if you are one of the dwindling few who live on a farm and can raise your own food, you cannot string your own Internet connection, refine oil into gas for the tractor, or cure your own illnesses.

You cannot build a television or even a radio without parts. You can’t produce the tractor the gasoline goes into. Children? You can’t weave fast enough to keep them in clothes or learn cobbling skills to make shoes for their feet.

There are limits to self-sufficiency. As our year-long shattering of normal should make abundantly clear: we need each other in virtually every aspect of our shared time together on this planet. It is irrelevant what job we hold, what skills we possess, or any of the normal social markings that create artificial boundaries between us.

Our ability to be self-sufficient only reaches to the ends of our extended arms. And, isn’t it comforting to know all of us have a role to play and a function to perform to make everything work together?