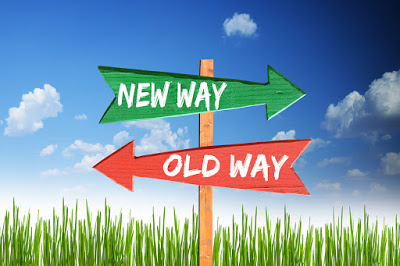 Almost nine years ago, I wrote about what had surprised me about retirement. At that point, I had been away from the working world for almost 11 years. Now, I have called myself retired for almost two decades.

I thought it would be interesting to review what I thought I knew about this time of life, compared to what another nine years have done to my perspective. Here is the original post from 2012, along with my thoughts all these years later.

June will mark 11 years of being without full-time work – by choice. My satisfying retirement has been even better than I imagined, but it isn’t exactly what I imagined it would be. That shouldn’t be a surprise. Life throws constant curve balls at us. Our job is to change our swing and make the best of what comes our way. Like a baseball player, if you can’t hit a slider or curve, you’d had best learn or down to the minors you go. Retirement isn’t all that different: adjust and learn or suffer the consequences.

So, after my journey, what are the biggest surprises I have encountered? I don’t think I could have predicted any of them ahead of time, which is why they were surprises!

My financial planning has actually worked. I had a double-pronged approach to funding my retirement. I didn’t want to start drawing down my IRA account until at least 64. Yes, I could have started earlier but wanted to allow it to compound as long as possible. I also wanted to not take Social Security checks until at least 63 or 64. So far, that is on track.

All that meant I had to have a money source to carry me from when I retired at 52 until 64. For that purpose, I developed a second investment account, consisting primarily of tax-free investments like muni bonds and other tax-exempt options. That money would grow but at the same time be available to fund my retirement mostly tax-free for 12 years. Even with a few recessions in the mix, that account that I started 25 years ago will be empty on my 64th birthday, right on schedule.

Many things could have and did go wrong, but the account designed to carry me from full employment to my IRA account has performed exactly as projected a few decades ago. The most surprised person is me.

Update: The decision to have a separate account to carry me until Social Security was a lifesaver. When my business shut down in 2001, that was the money that kept us afloat. It was funded by saving close to 20% of my income each year and taking advantage of tax-free investments. And, yes, I started accepting Social Security at 64.

I have become deeply involved in something quite alien to me. If you remember the post, Pushing Back Against the Box, I detailed my involvement in prison ministry from just over a year ago. Until that point, I had no contact with prisons, prisoners, parole officers, or an entire subsection of society that wasn’t part of my life. Like most of us, I had certain preconceived notions of the people and the system, none of which was pleasant. But, starting five years ago, through a combination of factors, I entered that world, first as a pen pal to incarcerated men, and later as a full-time mentor.


That involvement is about to take another major step forward: I will be going into two state prisons regularly to meet with men and be involved in Bible studies. Taking up a few days a month and involving several hundred miles of driving, this will take a bite out of my schedule. But, it is something I feel driven to do and I will make whatever adjustments are required. If you had told me when my retirement began, I’d be so deeply involved in this world I would have scoffed. But, it has happened, and I feel my life is richer because of it.

Update: My involvement with this prison ministry organization ended about two years after this post was written. There was a change in top leadership, and the paperwork requirements began to replace the time I spent in compassionate care, so I figured it was time to move on.

Even so, this remains one of the most rewarding experiences of my retirement. To do something so different in both setting and involvement left a mark that continues to resonate with me. The fact that I remain in touch with one of the men I mentored is an added blessing. And, yes, he is doing very, very well.


One of my parents died. I know how life works: you are born and eventually die. Of course, I knew my mom and dad weren’t likely to outlive me. But, when a parent does die, regardless of how ready you may believe you are, it is still a shock to the system. My mom died in December 2010 after a long and lingering slide that began with a broken leg and macular degeneration 18 months before her passing. So, death was not a surprise when it finally occurred.

Even so, to not show her my first e-book or know she’d never read this blog was a shock. To know I couldn’t call her when I have a grammar question hit me hard. The permanency of the loss isn’t something you can actually prepare yourself for until it happens. Intellectually I was ready for her death. Emotionally, I am still adjusting to her not being around to validate and comfort me.

Update: My dad died five years after mom. He lived a full and happy life, leaving us at age 91. There are days, and especially events or memories I regret not being able to share with them. They were role models in their 63-year long marriage that Betty and I hold as our goal and guideposts.


I have had a harder time with the easier stuff. Why can’t I stay on a regular schedule of visiting the gym? Why have I started and stopped and starting again playing the guitar three different times? Why do I still watch too much TV at night when I know it isn’t the best use of my time (blaming Netflix is a cop-out!)? Why can’t I lose the last 5 pounds I’ve promised myself for over a year? Why do I feel guilty if I turn on my ham radios and spend an hour listening and talking to other amateur radio operators?

The big things have happened, and I have adjusted. But the little day-to-day stuff of living keeps tripping me up. Is that just the human condition? I don’t know, but that is my excuse, and I’m sticking with it.

Update: This hasn’t changed, and as I get older, it actually might be worse. My daily to-do list is now my daily “if-I-Get-to-it” list. I have learned to not get as upset when a day doesn’t go quite like I planned or an unexpected minor hassle occurs (like waking up last week to a leaking faucet in the bathroom that flooded the floor and parts of the carpeting).

The big stuff of retirement is now into an “it’s taken care of” mindset. The little things that add pleasure to the day or that may add years to my life still require extra concentration to accomplish.