My Satisfying Retirement : Then There Were Two 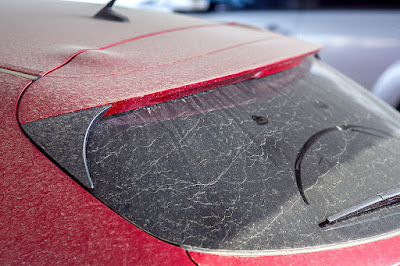 Two years ago we donated our second car to charity and made the decision to not replace it. As I have written before, this caused some initial concerns about a lack of freedom. If I take the car to a library meeting, Betty can’t go somewhere or do something she wants. The reverse also applies: her volunteer work at the church kept me confined. Doctor appointments had to be carefully coordinated so we had transportation when needed.

The feelings of loss and restrictions lasted the first year or so with just one vehicle. Luckily, the handful of times when the car needed repairs an unavoidable scheduling conflict, we borrowed a car from our daughter’s family. But, I think both Betty and I were surprised when it dawned on us, maybe one year into this phase, that one car was entirely sufficient.

The car we have now is eleven years old, has 104,000 miles on it, and manages about 22 mpg. It has avoided most serious repairs. At just over 100.000 miles it probably has several more years left on a well-built and well-maintained engine. But, with gas well over $4 and likely to stay high for the foreseeable future, we have given fresh thought to the environmental impact of the vehicle and the long terms costs.

While a fully electric vehicle would be our dream pick, there just aren’t enough charging stations available. A hybrid that runs on electricity while going less than 15 mph but then switches over to a gas engine didn’t make much sense in terms of pollution.

That left us with the option of a plug-in hybrid. Our daughter and son-in-law bought one a little over two years ago and have been very pleased. I have driven that car and have been impressed with its features and stability. Reviews are outstanding, making it highly recommended in its class.

The effects of Covid on the supply chain for parts and computer chips for automobiles have kept us from even looking for someone new since last fall. Like everyone else, we have read about limited availability and long waiting lists. We were convinced finding what we wanted would not happen until late this year or next. Nevertheless, we stopped by a local dealer that handles the make and model that we were interested in buying.

To our delight, the salesman told us this dealership is now getting a steady shipment of the model we wanted in a color we would accept (a hard “No” to orange). Three weeks later the car arrived. After the necessary paperwork, detailing and doing all that comes with prepping a new vehicle, we picked it up about a week ago.

Our first discovery: the old SUV would not fit into the garage next to the new car without raising our anxiety level about opening doors and creating dings; it was too tight a fit. So, the 11-year-old Honda will bake in the sun in the driveway until we are a bit less scared about scratching the new one.

Our second finding is how much has changed in the automotive world since 2011. The number of bells and whistles, lane change warning signals, backup cameras, Bluetooth connection for phones and whatnot…heavens, the “quick guide” is over 100 pages long! Even keys are passe. We have to learn a new technique for starting and stopping the car.

Both Betty and I feel like we have just bought a new high-end computer and have to learn to program it from scratch, With an electric hybrid, the analogy to a computer is probably accurate, but that doesn’t make it less intimidating for those who are used to a much simpler automobile experience. Do I really care about tracking the energy flow to the wheels?

Of course, autos are so much safer today because of all the new technology, so we are thankful for the extra levels of protection. Even so, our next several nights will find us buried in the manuals, learning what is important and what can be ignored. 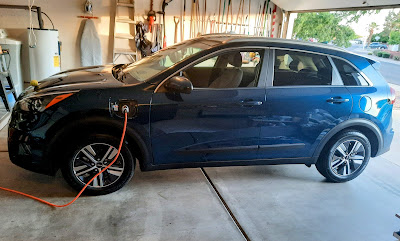 Pray we remember to unplug the car each morning and wish us safe driving!