Mortality Will Be The Death Of Me Yet 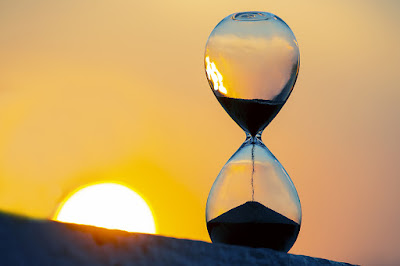 I have no idea what my expiration date is. Unlike a carton of milk, there is no visible stamp somewhere on my body that tells me I am best used by a specific point on the calendar. And, frankly, I don’t want to know. I would rather continue to live as if the rules of mortality don’t apply to Robert Lowry. After all, it has worked so far.

OK, a little flippant about a serious concern of all of us. Among all living animals, fish, plants, and viruses, humans are the only ones cursed with an awareness of death at some point. There will come a moment when we are no more. While the other 7 billion people will continue on quite nicely, the idea of me no longer occupying space is not the easiest to accept. Won’t there at least be a solar eclipse or something to mark my disappearance?

Nope, unless the two events just happen to coincide. There will be some sad, upset people. Stories of my life will become exaggerated over the years and then slowly disappear forever. The space I occupy will be filled in by time, both physically and mentally.

So, how do we accept this inevitability without going crazy? How do we avoid falling into a deep depression knowing what we know? In my opinion, answering this question is one of the most important we face during the aging process. How we approach this reality will make all the difference in the quality of our life moving forward.

To many, the answer lies in their belief system. All major faiths have some concept of what happens after our physical death. Whether there is an afterlife, resurrection, reincarnation, the Hindu samara, or a period of time after death until judgment day (Akhirah in the Islam faith), humans look for reassurance that this life is not all there is.

Others take the position these spiritual beliefs are nothing more than the human desire to impart lasting significance to our existence. We can’t face death if we think only of “dust to dust.” So, we have invented ways to make the end not really the end. Atheists and Agnostics are among those who reject the happy ending: death is death, done and gone.

Like most human beings I want to believe there is something after this life ends. Since childhood, I have been part of a belief system that preaches that everything great really happens after death on this earth. In the meantime we are to fight the good fight, accepting our failings and doing our best to adhere to the behavior that God wants.

A few years ago I began to involve myself in a serious examination of what I believed and why. I studied what various texts and sources say and what they mean to someone alive in the 21st century.

What are the core messages in books, like the Bible, that were written when people still believed the earth was flat, heaven was a literal place just above the sky, and the sun rotated around our planet? Was there anything important behind the words that no longer made any logical sense in today’s world?

The short answer for me is yes. Books like the Bible are written by human beings attempting to describe something that is indescribable in human terms. The myths, stories, and miracles are the only language the authors had to put their feelings into words. As is often said, if we can perfectly describe a God, then he/she/it isn’t much of a God. A force that formed the ever-expanding universe is beyond our limited capabilities to put all of that into words.

That being said, what about my mortality? What happens to Bob when Bob is no longer breathing?

The nice thing about what I am about to write is I will have no idea whether I am right or wrong until it happens. And, if I am wrong, I will be dead and unable to admit my mistake since the me who wrote it will have ceased to exist.

I believe an overall spiritual force or energy formed the universe. There are simply too many moving pieces that must all interact in precisely the way they do for everything in every galaxy to have happened by chance.

I believe that spiritual force, and I am OK with the word, God, is infused into everything in the universe. Humans, dogs, plants, trees, the ocean…you name it, and there is something from the creator in each. Certain religions would think of it as the Holy Spirit and I am fine with that as a human way to describe what I am attempting to describe.

I  believe that this spark of ultimate energy does not disappear upon my death. The fact that energy can neither be created nor destroyed – only converted from one form of energy to another, is what allows me to hold to this premise.

Now, what does that mean for the unique creation that is me? Do I come back in a different form, do I reunite with lost relatives in something we call heaven, does my body reform but without pain, suffering, or male pattern baldness? I have no idea. But, to believe that I am so irreplaceable that my death only sends the whole of me to a different plane of existence, strikes me as seriously egotistical.

I believe that the essence that is part of my being will not be relegated to the dump, but reabsorbed back into the universal, eternal force that formed everything. I don’t have a clue how that “essence” or spirit or soul is used or manifests itself from that point on. And, I don’t need to speculate because that is all it would be, a wild guess. I know that my perception of what happens next gives me great comfort. It allows me to go about every day I am still here with energy, happiness,s and a desire to contribute.

Believe me, I am in no rush to find out if I am correct. But, my mortality does not have a terrifying, fearful hold on me. True, I may be kidding myself. If so, the good news is I will never know.