How Spending Changes After Retirement 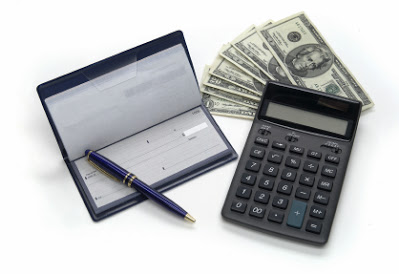 Spending habits and needs do change after retirement. There is a natural realignment of what is needed and what no longer matters (like clothes for work. But, a more important question is, “Does spending drop after retirement?” That answer is not quite so simple. I would suggest that spending can drop after retirement, and for most folks it does. But, more to the point, spending shifts. It changes depending on what stage of retirement you are in.

During the first period of retirement (maybe lasting 10 years or so), it is quite possible that your overall expenditures may increase. Why? If you are like many retirees you suddenly allow yourself (before or after Covid) to travel to see family, jet off to Europe or New Zealand, or take a Caribbean cruise.

If you are not moving right after you leave the work world, it is not uncommon to sink money into your home, to make it an oasis and more comfortable. If 2020 taught us anything, it is a home that feels warm and inviting is an important part of staying sane during a never-ending lockdown. You may decide to eat away from home more often, replace an aging car, get an RV (!), or make other discretionary purchases.

The point is, during the first stage of retirement it is not uncommon for expenses to actually increase in certain categories.


During the second phase, you will probably have gotten a lot of the travel bug out of your system and find health concerns and expenses beginning their inevitable rise. Your spending with shift more toward needs and less toward wants. If you didn’t do this in earlier years, remodeling parts of your home to make it safer and more accessible are likely expenses. With more time at home, what you spend on hobbies and entertainment often increases.

Finally, your third phase will probably consist of personal maintenance type expenses. Depending on the arrangements you have made, your expenses will shift again, with most discretionary costs gone from your budget. Home nursing care, or all that comes with living in a retirement community will appear as regular costs.

The national average for retired households shows a 20% drop in spending, though because that is an average, there were many who showed an increase. Betty and I had a more substantial decline in expenses- closer to 30%, but where the money went ceratinly shifted over the last twenty years.

Importantly, the average expenses also showed a decline to match the income drop. For those between 65 and 75 the reduction was 19%. For those who make it into their 90s, the spending drop was 52%.

So, where do the shifts occur?

– Housing expenses. Mortgages begin to be paid off, downsizing might mean lower taxes and maintenance costs.

– Health care will take an increasingly larger share of your budget as you age.

– Entertainment. As we age we are less likely to spend money on movies, plays, or concerts because declining health keeps us closer to home. But, that may be offset by more money spend on home options: Netflix, Prime, High Speed Internet, bigger TVs, and so forth. Hobby costs can also rise as we spend more time at home.

– Transportation costs tend to drop as we age. The need for two cars usually disappears at some point. No commuting means lower gas and upkeep costs.

Occasionally I will receive a question from a reader wondering if a budget is still needed after retirement. My answer is always the same: absolutely. But, I will add the same information that is included in this post: that budgeting shifts and adjusts depending upon your circumstances and the stage of retirement you find yourself.

Is it “permissible” spend at a somewhat higher level when you first retire? I believe it is OK, if you accept that will mean a lower rate of withdrawal from your resources later on. During the first decade of our retirement, Betty and I set a withdrawal rate of between 4 and 5% of our accounts. Though not sustainable for too many years, it was appropriate for us at that stage of our journey.

In the last nine years that withdrawal rate has dropped to just under 3%, or below the rate of growth of our retirement accounts as our needs and wants have undergone shifts. With proper planning and insurance coverage, I expect that rate of draw-down to be consistent for the foreseeable future. But, if not, we will adjust.

Of course, there are unforeseen situations, like catastrophic illness expenses or a major economic downturn that can make mincemeat of even the best-laid plans. The fear of running out of money remains one of the top three fears before retirement.

The good news is that national statistics show such a fate is an unlikely scenario, unless you throw all caution to the wind, abandon the power of a budget to keep you on track and decide “it will all work itself out.”

Retirement is not a static state. If you accept that how you spend your resources changes over time to match the natural rhythm of life, you are more likely to enjoy the journey.