Here We Go Again…With a Name Straight From Marvel Comics 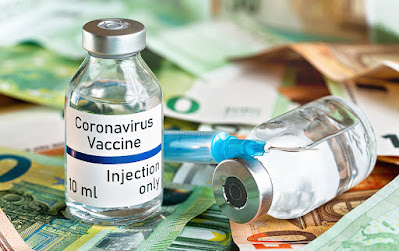 Omicron sounds like a Greek god I might have learned about in high school. Or, maybe the villain in some Captain America sequel. What it doesn’t sound like is we are out of the virus woods…not by a long shot.

In what feels like being trapped in a house of mirrors, a new Covid variant spooked the stock markets, worried the Federal Reserve, and sent many businesses into a new panic during the holiday shopping frenzy. Normally placid school board meetings became literal battlegrounds. Parents are left to figure out the best way for their children to be safe.

I think we can assume that those who are vaccine-adverse are not going to suddenly line up for protection. Whether driven by politics, religious issues, possible reactions due to underlying health issues, or the “freedom” banner, there will be a large minority of the U.S. population who would rather risk serious illness or death than change their stance.  The only time someone in this camp is likely to reconsider is when they, someone in their family, or a friend contracts the virus.

There is no chance the government will try another nationwide lockdown. Enforced shots appear to be a non-starter in many instances. Several federal courts have put a stop to mandatory vaccinations as a condition of employment, even in hospitals.

So where does this leave us? I am afraid the answer is not very reassuring. In all likelihood, some form of Covid is going to be with us for years to come. Until natural herd immunity is reached, a rather constant state of higher death rates, various countries closing their borders to others, instability in our economic life, fights over masks and protection, plus an overall feeling of life being at least partially out of control will be our lot.

Personally, I have grown exhausted by watching the battles to convince otherwise rational people to not take horse deworming medicines, or blame the virus on cell phone towers. The conspiracy theories have become so bizarre that after a bemused shake of the head, I turn my attention to anything else.

I don’t see any other way to continue living in a strange world where up is down and right isn’t. I understand that some resistance to the vaccines is caused by fear, by the bandwagon effect, and by humans being very uncomfortable changing their position once their flag has been planted.

I will likely stock up the pantry again because of supply problems. At least for the moment what I won’t do is barricade myself in the house again.  As Omicron, or Covid-B’s effect becomes clearer I may go back to masks in public spaces. We will stock up again on hand sanitizer.

Both my wife and I have had our shots and our booster. While that doesn’t ensure our total safety, I am not going to stay huddled in a corner again. And, I am not going to waste any more time or energy trying to figure out why so many of my fellow citizens want to roll the dice with their health, and mine. That ship has left the dock.