Does That Influence My Decision? 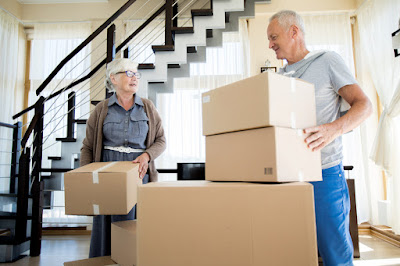 My son-in-law’s parents recently moved from their home to an apartment in a retirement community. Such a change brings lots of adjustments and compromises. It means some possessions and familiarity are left behind. A sofa that has served them well for years was too big for the move. A recently redesigned bathroom that took into account some physical issues will no longer be available.  Three bedrooms became two. Pots and plants, a garage, and an everyday routine were left behind.

Even so, a fresh start and the elimination of some daily chores are welcome. Meals are prepared and offered without the need to shop or cook. Classes, game nights, movie viewings,  and regular outings without the need to drive bring new opportunities.

Their shift from a house to an apartment brought into focus the reality that such a change is not all that far away for us. We like our home which is only minutes away from the rest of our family. A big backyard was important when the grandkids were much younger; now, our occasional dog sitting for family allows plenty of room to romp.

A long back porch on the north side means we can sit outside even during parts of a Phoenix summer; the sun is on the other side and doesn’t bake us quite so completely. I enjoy keeping the pots filled with flowers year-round. The yard is low maintenance and pleasant to gaze at.

There are a few parts of our home that we have discussed renovating but have not moved forward. Both bathrooms need freshening, new shower stalls, and countertops. The back patio’s concrete flooring has been painted, but that doesn’t stand up well to the heat and water from the sprinklers. The rugs are showing their age. Even a new coffee table and two new end tables would be welcomed.

With a move to a retirement home in six or seven years, we would be unlikely to recoup some of what these changes would cost, or we would not be able to move most of the furniture. The upgrades I mentioned would not be major renovations, but enough to put a hole in the budget.

Here is my dilemma, and question for you to ponder: should we spend money on making our home a better fit for our needs and tastes knowing that we won’t be here long enough to see those costs reflected in the ultimate sales price, or that some of what is bought will not be brought to our new home?

Betty and I have moved many times and owned eight different houses. Each time, we have done cosmetic upgrades or even a few major improvements just before selling to improve our asking price. We have never really upgraded until we are just about to leave!

Each time that happens we kick ourselves for waiting until we are almost out the door before doing something to our living space that we would have enjoyed. We fix a space up to the point where we almost decide not to move! How silly is that?

This time, it has become very clear to me that the next move will be into a space that will have major limitations. We won’t have a yard, though maybe a small patio that can handle a few pots. We will be renting, so even minor renovations without approval will be not possible. Whatever the state of the kitchen, bathrooms, and living space will be fixed; we will adapt to the apartment, not the other way around.

So, that means for the next half a decade or so, we will have the last chance to modify and renovate our living space in a way that pleases us. I must quickly add we are happy with our home, it has no glaring problems. Yes, we have made compromises and excuses for the almost seven years we have lived here. Except for a minor kitchen redo a year ago, the other possible transformations are still on the drawing board.

Some of that is Covid-caused.  Shortages, six to nine-month delays between placing an order and getting the product, even trying to replace a few pieces of furniture have become a major hassle. Workmen are scheduled half a year into the future, so we haven’t bothered.

Bottom line: if we take the plunge and complete the modifications we would like, the money spent will not be returned to us when we sell. The amount we are thinking of spending would mean vacations would have to be curtailed for a few years to allow the budget to heal.

So, do we invest in this house, make our living space a nicer fit for our last several years, and accept that money is gone. Or, be satisfied with how things are (which is quite nice), realize that some of the urge to splurge is more boredom than need, spend the money instead on travel while we are still healthy enough to do so, and congratulate ourselves for not spending money on something we will only enjoy for a brief period of time?

I am anxious for your thoughts.