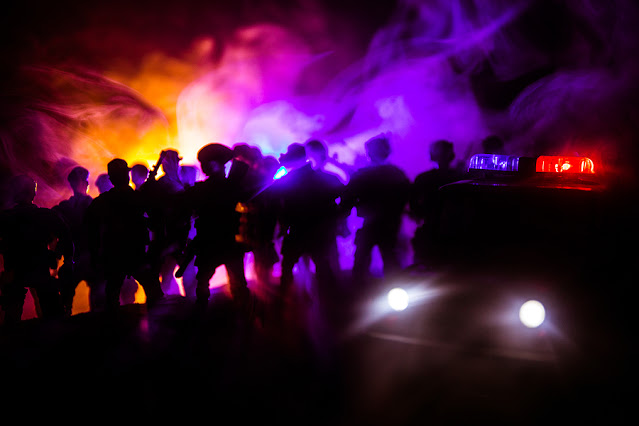 Not in my wildest dreams, or nightmares, would I have thought I’d witness the events of the last few weeks in my country. Sure, seeing mobs, riots, and armed police on every corner are not unfamiliar events in other places, in other countries.

Americans have marches, protests against racism or sexism or drunk drivers, or any of the dozens of injustices that exist. Waving flags, singing songs, chants, raised fists…that is part of America. We wear our emotions on our sleeves and have the right to protest against what we perceive to be wrong.

Sometimes things are not peaceful: the 1965 Selma march, the over-the-top protests at the 1968 Democratic Convention in Chicago, the riots in Watts, protests in Furguson over the shooting of Michael Brown…..there are times when a lawful gathering became something much worse, or an obvious injustice spark an outpouring of rage that results in mayhem and death.

But, the swarming of the U.S. Capitol Building on January 6th created a whole new category. This was the first time since the Civil War that there was a mass of people angry enough at perceived slights to attempt to stop the government in its tracks, to kidnap and maybe even assassinate political leaders. “Hang Mike Pence” was particularly disturbing.

Promises of a repeat performance, with more weapons and worse consequences, was threatened for the period just before and during the inauguration of Joe Biden. Downtown Washington became an armed camp. Rings of blockades, layer upon layer of temporary fencing, upwards of 20,000 National Guard troops added to the Metropolitan Washington police force to create a literal armed wall around key buildings.

A crowd of spectators hoping to see this once every four-year swearing-in ceremony were kept so far away that watching television made much more sense. I must note, however, that the display of 200,000 flags was awe-inspiring and a perfect statement of national unity.

All the upheavals were because millions of us live in a world detached from reality. What is desired, wanted, expected, and hoped for, even when based on a completely fictional foundation, is plenty to trigger the worst in way too many people. The willingness to sacrifice both themselves and a society of laws was chillingly obvious.

To feel very nervous about our immediate future is not really cynicism; it is pragmatic. To ignore or downplay how seriously off track we are is to live with our collective head in the sand., The QAnon satanic pedophile-run cannibalistic government deep state and other conspiracy theories are no longer the stuff of horror movies or those who wear tinfoil on their head. They have moved from the shadows to the sunlight, though the lack of any dramatic event on January 20th has left many QAnoners dispirited. That is the tough part about believing gibberish.

Even so,  I sense a feeling of hope, not only in myself and Betty but in the folks who leave comments on this blog and those I interact with in other settings. We are not rose-colored-glasses kind of people. Making it to our age means we have seen and experienced enough to have a healthy dose of cynicism coursing through our veins.

The change of leadership in Washington feels so much more consequential. There is a real sense that the shift in attitude and programs are going to start to put the last four years behind us. There is a trust that the country will move back into the coalition of nations, no longer shunning our allies, and no longer ignoring or coddling our enemies.

A recognition of the seriousness of climate change, on a meaningful immigration policy that isn’t built around the misery of others, a concerted effort to bring Covid under control, the protection of those damaged economically by the massive loss of jobs….all these things suddenly seem possible.

An administration that goes about its sworn duty, without demeaning others, lying as a matter of course, embracing wild-eyed conspiracy theories, and announcing policies and airing grievances on Twitter. A government built on the basic premise that men, women, white, black, brown, Asian, and Native Americans are all equal in God’s sight and deserve a meaningful seat at the table.

The road ahead will not be easy. We have decades, if not centuries of injustices to finally admit and find a way to move forward. The fractures in our sense of community and a shared future are deep, dangerous, and not going away quickly or without more pain and struggle.

Nevertheless, the cynicism, anger, even rage of the past four years is being replaced with hope. I am more than ready to endure whatever we must go through now that I can see a future that is better than our past.

And how many years can some people exist
Before they’re allowed to be free?
Yes, and how many times can a man turn his head
And pretend that he just doesn’t see? 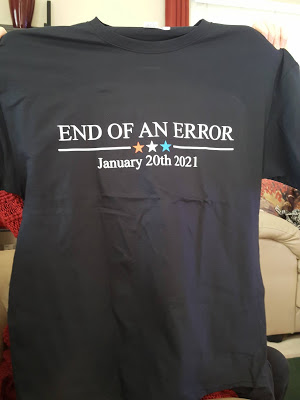 The wind I feel is the wind of change, and it feels good to me.