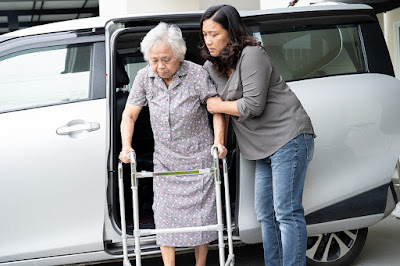 Recently, I read a poem in the New York Times Sunday Magazine  Of Errands by Rick Barot. It is about how roles in life often reverse themselves as we age. The author’s core example was of his parents, his sister, and himself.

His parents would be in the front seat, his sister and himself in the back. Whether it was to go to church, on a road trip, to visit a relative, or any of the times the four of them were together, that was the way things were: parents in front, kids in back.

I still remember the first time I was considered old enough to sit in “mom’s” seat. That meant I was allowed to pick the radio station we all listened to. I remember not being terribly adventurous in my choice; I didn’t want to lose my future seating.

Then, not too many years ago, things started to switch.  When running errands, going to the store, visiting friends, or taking a Sunday drive, the author realized that functions had been reversed. He drove while his sister occupied the passenger seat. Mom and dad were in the back. He felt “everything was in the wrong place.”  He observed that throughout life, sometimes people are beside you, sometimes in front, and sometimes behind you. Time adjusts our position.

The images he created are powerful.  This reversal of roles is very real for those of us of a certain age. Maybe Dad finally gave up driving when he couldn’t pass the eye test. Mom was never comfortable taking “Dad’s place” behind the wheel unless it was an emergency.

Slowly, over time, we became the parent to a parent. To go to a doctor’s appointment, pick up a prescription, visit the bank, or travel across the state to see a sister, we become the person behind the wheel, while the children’s usual place is taken by a parent or two.

The seat-switching occurs in all areas of our relationship. Making financial decisions is often ceded to us. When it is time to move to a different housing arrangement, we can be put in the difficult but critical role of insisting a parent must leave their lifelong home for someplace safer. And, there are the medical decisions that our parents once made for us that now fall on our shoulders.

For those who move up to the front comes a new way of reacting to life, a different order to things. Aging has worked its slow but never-ceasing adjustments. At some point, we will move into the back seat while someone else drives.